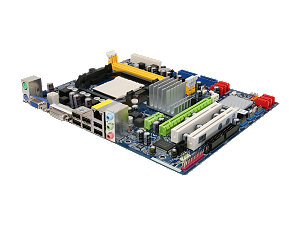 I have been having the worst computer luck lately.  First my video card stops working so I bought a new one from Tiger Direct which took a week to get to me.

When I installed it, it didn’t work right away.  I turned it off then back on again and it still didn’t come on.  I had my hands in my face then I looked up and it came on.  It took a couple of minutes but it did come on.

I installed the software for the new video card and it needed to reboot and it rebooted fast enough so I thought, ok, it just needed time to read the new hardware.

I experimented with it to see what would happen if I shut it down all the way and I waited about 10 minutes.  I turned it back on and it didn’t want to come on.  It did finally come on a couple of minutes later but I figured, the only way that I am able to keep my computer working is if I NEVER EVER turn it off.

Then I get a notice from the PG&E telling me they are shutting our power off to put in a new pole…  CRAP!

My computer didn’t want to turn on again and I did some research and found out it was because my power supply wasn’t good enough for my new video card.  I had to wait a month to buy a new power supply because I didn’t have the money.  When I bought it on NewEgg, it arrived the next day and it still didn’t turn my computer on.

It did come on once but it told me to reset the bios which I did and it still didn’t want to work.  SHIT!

I did more research and found out that I needed a new motherboard.  I borrowed some money last night because I just want my stupid computer to work again.  I bought it from NewEgg because I get it the next day unlike Tiger Direct which takes a week to get to me.

This should work and get me back up and running.  I already got my shipping confirmation so it should be here tomorrow afternoon around 4pm which is when we get our UPS packages.

I think the reason that Radeon video card didn’t work with my motherboard was probably because it wasn’t compatible with the motherboard.  My other video card was nvidia so I don’t know what possessed me to buy Radeon.