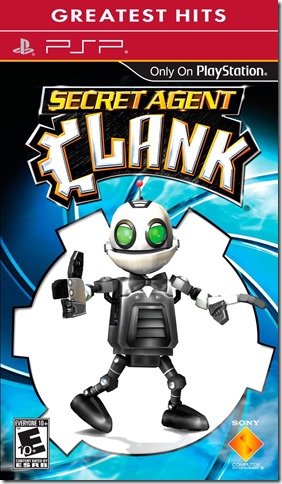 My Amazon order finally came today with the EyePet with camera and Secret Agent Clank. Unfortunately, the camera did not work with my PSP. I read every word on the box and I read every word in the description on Amazon, and no where did it say anything about compatibility with the PSP 2000. It did say that it was not compatible with the PSP Go, but that was it.

I went back to Amazon and it shows that if you buy the EyePet game with a PSP 3000 it would cost such and such amount of money, so that right there tells me that it is probably only compatible with the 3000, which I do not have. That really sucks because I was really looking forward to having that camera. I’m not willing to upgrade just for the camera, because if I’m going to upgrade, I’m getting a PS Vita.

So I went to my orders on Amazon and requested a refund. They paid for the UPS shipping label to send it back to them and I will get refunded when they receive the product.

So far my experiment worked. If I play a video game on my PSP while riding my bicycle on the bike trainer, I will not even notice time flying by. I could probably ride the bike for a couple of hours without ever noticing that I’m actually exercising lol. Although, that won’t happen with my ergo bike seat. I’ll need to buy a beach cruiser seat for comfort. Perhaps if I had something more comfortable to sit on, I might be on there for 2 or 3 hours. Hey, it could happen.

Tomorrow is Thanksgiving, and you know I will be on that bicycle for at least 40 – 60 minutes before and after dinner. I really hope The Spark has a good warranty, because that thing will be smoking by the end of the day.