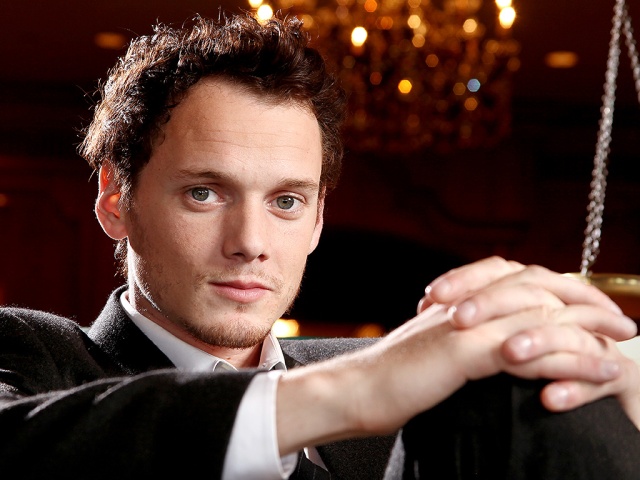 June 19th, 2016 was Father’s Day, but it was also one of the most difficult days for me particularly because one of my favorite actors passed away at his home. This is the story according to most news websites. 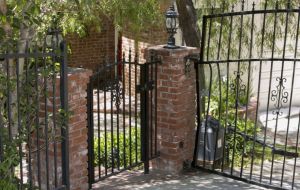 “According to police, Yelchin died from blunt force asphyxia when he got out of the vehicle and it rolled down his driveway and pinned him against a brick mailbox and a security fence. His 2015 Grand Cherokee featured an uncommon type of electronic gear selector that works like a self-centering toggle to cycle through the transmission’s modes (park, reverse, neutral and drive,) rather than a lever with notches or specific positions for each.”

We had family visiting us from San Diego, and it wasn’t until after they left that I saw the news on Facebook. My heart sank in my chest and I just started saying “No no no no no no this isn’t happening. No! Just NO!” I read the article and about how he passed away, but I just couldn’t wrap myself around the details, and I kind of think that I was in denial. I went directly to Netflix and watched Odd Thomas because that’s one of my favorite movies. I started crying as soon as I heard his voice, and then again when I saw his face. I tried to keep calm throughout the movie, but I couldn’t help it, I just kept crying. At the end when he realizes his girlfriend is dead, and he starts crying, I just lost it. Netflix doesn’t have my other favorite movie of his, which is Fright Night and the new Star Trek movies. I would like to watch those again just to see him.

I don’t know what he was like in person because I’ve never met him and I haven’t seen him on camera in a reality setting. I haven’t seen many interviews with him, I’ve only seen him in his movies. I would imagine him to be one of the kindest people you’ve ever met. He just gives that vibe to me. I’ve seen his body language in pictures, and he doesn’t seem like his head ever got too big from the fame, so that tells me that he is a really down to earth person. He was a very talented actor, and I was looking forward to so many more movies and hopefully TV shows, but that’s not going to come anymore. I’m sure he had acted in some movies that are still sitting in the editor’s office, so I look forward to losing my shit when I see those movies. Face it, you know if there are any movies coming in the future with him in it, you’re gonna bawl your face off at the movie theater right next to me. I can’t be bawling in the movie theater by myself!

This world has lost one of the greatest talents it will ever see. I am still mourning his passing as if I knew him personally. I don’t know what it was about him, he just touched me, and I will never forget him.

I love you Anton Yelchin. Rest in peace buddy. 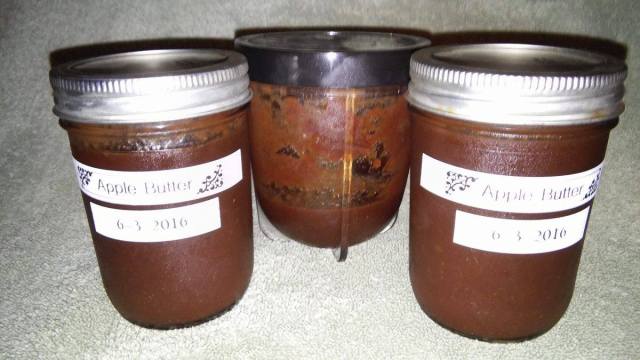 I can remember my mother buying Apple Butter when I was a child. She would make toast for us, and we would spread the butter on the hot toast, then when the butter melted we would spread Apple Butter on top. It wasn’t an every day thing since it wasn’t always in the fridge. My mother would buy it occasionally, so it was a treat when she did buy it.

. I watched a video on YouTube that came from QVC and they made it look so easy to peel apples. I bought it based on their video and decided to make Apple Butter with the peeled apples. This is what it looks like. 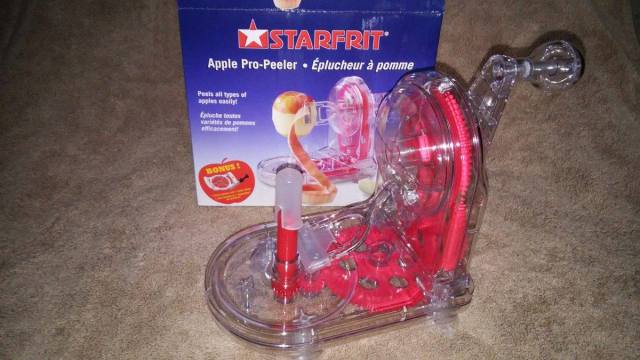 So you basically remove the plastic, then stick the apple on the 4 prongs to hold it in place, then turn the crank which turns the gears which turns the apple and the arm with the blade moves down to the bottom of the apple and starts peeling it from the bottom to the top. It’s really fun to peel apples. It normally takes me about 2 or 3 minutes to peel 1 apple, and this thing literally took 5 seconds to peel the apple.

I got the recipe for the Apple Butter from Betty Crocker. The recipe is for 12 granny smith apples, apple juice, brown sugar, lemon juice, cinnamon, all spice, nutmeg and ground cloves. You put all of the ingredients in a crock pot for 10 hours on low, then use a mixer on the apples, then continue cooking it on low for 2 more hours, then 2 hours to cool down before canning it.  Here’s what it looks like in the crock pot at the very beginning.

I tasted it when it was finished, and I was surprised that it didn’t have the same taste that I remember of the Apple Butter from my childhood. I think it is too spicy in fact lol. Not hot spicy, but I mean like the cloves and nutmeg etc. I don’t recall tasting those ingredients.

When it was finished cooking, I tasted it and it didn’t taste very sweet to me, so I added more brown sugar. It did help with the sweetness and the bitter aftertaste. I figured I would not judge it while it was still hot, but instead go ahead and can it and put 1 jar in the fridge and make my decision when I could try it cold. I did, and it still wasn’t sweet enough, so I added a little bit more sugar to the jar (in the middle of the 2 jars in the picture above) and it did help it a lot. I made 1 slice of toast and added the butter, then added the Apple Butter and cut the toast in half and gave one half to my partner and we both ate it together. It was actually very good. I can see me trying this on several different things like ice cream and perhaps waffles and pancakes.

I used 20 apples and doubled the amount of the rest of the ingredients. I got 11 jars out of it, and there was a tiny bit leftover, so I poured the rest in the jar in the middle in the picture above. It’s from my Magic Bullet lol. I only have 11 glass jars for canning because 1 jar broke last year. I am going to be missing 4 more jars because my partner is giving 2 jars away at church tomorrow, and I will be giving 2 jars to people who work at the grocery store lol.