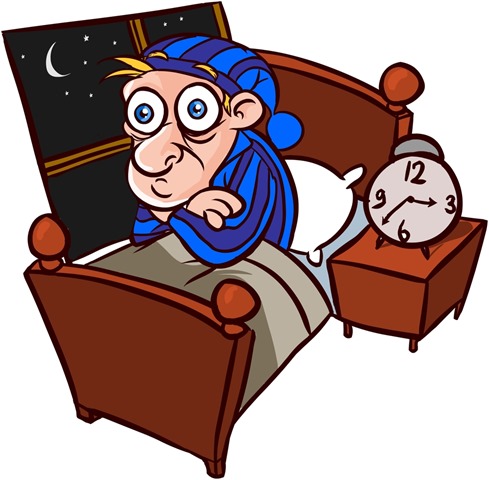 I don’t know why, but I have suffered from chronic insomnia for at least 21 years. When I was in the hospital way back in 1994 with Pneumocystis pneumonia, I wasn’t taking any HIV medications. The doctor’s told me that I didn’t need to take any medication, so I didn’t take any until I was in the hospital. After I got out of the hospital, I started going to a HIV clinic in downtown Los Angeles. The medication was fine, but I started noticing that I couldn’t sleep very well at night, so when I was at one of my appointments, the doctor asked if I was having trouble sleeping and asked if I wanted sleeping pills, so I said yes.

The doctor gave me a medicine called Trazodone which I took for several years until one morning I woke up with an erection, which is usually common with men, but the erection would not go away. After several hours I decided it was time to visit the emergency room, and they had to inject something into my ass to make the erection go away. It was so embarrassing having to go to the emergency room, and the doctors snickering and gathering around me to look at my erection added to the embarrassment. I told my doctor about it and he told me to stop taking it, but didn’t give me a new prescription, and I was having trouble sleeping again, so I took it once more and it happened again and I had to go back to the emergency room. After that I tossed them in the trash.

After Trazodone, the doctor gave me Ambien which was a miracle for a very long time, but then gradually it stopped working for me. I was on Ambien for too many years, and I think my body built up a tolerance, so I would take it and it would be like 3am and I was still awake. I started eating when I took it, like a banana or toast or something, and that worked for a long time, but eventually that stopped working as well. Last year my insurance stopped paying for Ambien, so the pharmacy didn’t include it with the rest of my medication without any explanation. I assumed the new doctor didn’t want me to take it, but I found out it was the insurance company.

Last month I told the new doctor about my insomnia and the first thing he suggested was Trazodone, which I had to tell him that that medication is not good for me. He gave me Amitriptyline which he said was Elavil. My partner used to take Elavil and that stuff was potent. I would take it, but it would leave me groggy in the morning. He only gave me 25mg and they were tiny green pills as opposed to the big red pills that my partner used to get, but the Elavil 25mg tabs didn’t do a damn thing for me. I took that all month long and I was still awake until 3, 4 or 5am.

We just went to the doctor again yesterday and he gave me something else called Hydroxyzine. I told him about the depression and the anxiety caused from the flashbacks of my childhood and he said this should help out with my PTSD, but as far as it being a sleeping pill, it doesn’t work. It is a antihistamine, so that’s why he gave it to me. I’m supposed to take this one every 6 hours, which is odd, but whatever. I took it last night and was up until 5am and I ended up drinking some Zzzquil to help me get to sleep. I use that out of desperation.

Today I’ve slept the entire day away.  I don’t know if it was because of the Zzzquil or if it was that combined with the new medicine, but I just did not want to wake up. I woke up several times, got on the computer, took the dog out, but then went back to bed. As soon as I finish writing, reading and editing this, I’m thinking I’m just going to go back to bed. I hope I can sleep until morning.

I just hope that I can find something that will help me sleep because I absolutely hate staying awake so late and waking up around noon or 2pm. Although, I think in the summer it might be to my advantage because I can just sleep the heat of the day away.