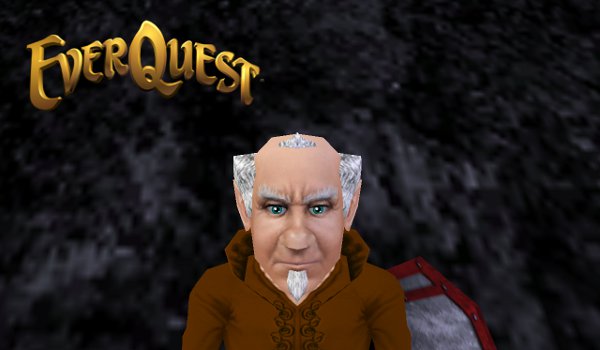 I don’t sit and watch the live feed on Facebook as much as I would like to because I have better things to do, but today I saw a friend comment on a post from EverQuest.  They are turning 13 years old in March and as a treat for us players, they are making it free to play.  Check out the article on the EverQuest Players website.

I had played EverQuest from 2002 until 2008 and loved that game so much.  It got old the last year that I played because I spent more time twiddling my thumbs since people were abandoning the game and I was left by myself.  I could have gone out to the zones and LFG’d, but it just wasn’t the same anymore, so I quit.

I have wanted to go back to the game but haven’t because I’ve been happy playing Lord of the Rings Online since that is free to play.  Now that EverQuest will be free to play, I will be able to go back.  Although I won’t be quitting LOTRO, I will just play both, obviously not at the same time but you know, I will split my time between the two.

I actually haven’t really had any time to play any games because I have been too busy trying to get my book ready to publish, so games really aren’t on my mind as much as I would like.  Knowing that I will be able to reactivate my account and have my Gnome Wizard at the ready whenever I am ready to play will make me happy.

Just like LOTRO, EverQuest won’t be totally 100% free to play, you will most likely have to buy points for buying in-game items just like in LOTRO, you just won’t have to pay a monthly fee.  Although, you could still pay a monthly fee if you are a silver member, but now you have a choice so you aren’t forced to pay even when you don’t play.  That is actually the reason I closed my account.  I had paid for 2 years and then a few months later I stopped playing.  I forced myself to get in the game to raid because I wanted to get my moneys worth for a year, then the second year I decided that I just wasn’t into it.  When my membership was up, I canceled.  If I had a choice to not pay but keep my account active I would have done that, and now I can.

So thank you Sony Online Entertainment for making EverQuest free to play in March 2012.  I can’t wait to start playing again.

2 thoughts on “EverQuest will be free to play in March”