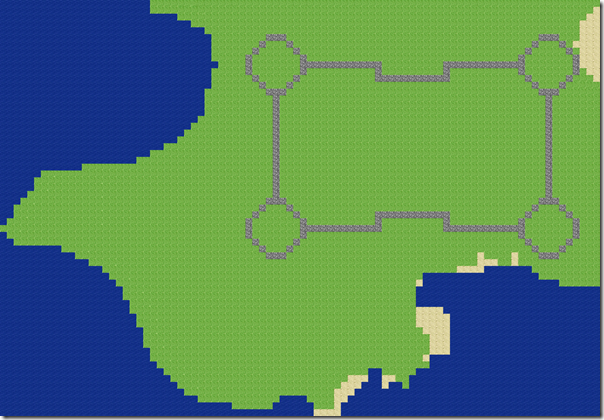 When most people (I assume) plan out their castle, or house, or whatever it is they want to build, they just go into Minecraft under creative mode so they have a complete inventory of materials that they don’t have to mine for days or months to get. I would go there, but I’d rather have the option of getting all of the trophies.

I have been researching a way of downloading a program that will allow me to create a Minecraft building with a full list of materials on the computer, so it gives me a blueprint. It doesn’t have to be a 3D blueprint, I just don’t want to have to keep building, then have to go run back to the mine for materials, then build more, then mine and also go through so many pickaxes if I decide to go a different way. It takes more time to dismantle your structure than it does to build it.

I did find a website that allowed me to do just what I was looking for. I found it on a message board, and the actual website is www.minedraft.net. Unfortunately, it became a huge time suck for me because the website would freeze up on me. I don’t know if it was the website itself, my computer or my processor, but it didn’t allow me to get very far. I also tried it on my Nook, which was awesome because I could tap on the material, then tap on the screen and it went a little faster. Unfortunately, that became slow over time, so I didn’t get very far there either.

One of the comments on that message board was that you could do the very same thing with Microsoft Paint. All you have to do is make a grid and snap to grid. I assume they were using Windows XP and that it was an old comment because I went to MS Paint and it didn’t offer a grid, so the next best thing for me was Gimp.

I opened Gimp and clicked view and show grid and snap to grid. I zoomed in to 800% and the grid squares weren’t too big. I downloaded some icons of the materials, like the dirt, grass, water, sand, wood planks and cobblestone, and made them into brushes, which helped a lot. The icons don’t look exactly like they should because instead of using 100% of the icon, I had to drop it down to 10%, but I honestly don’t have to see them as perfect as they are in Minecraft, it’s just a general idea of how to build my castle. 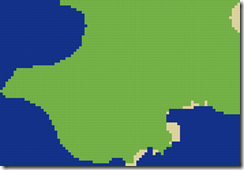 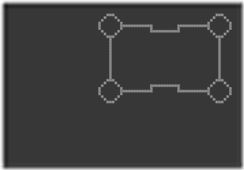 With Gimp you can create layers, so first I laid out the land that I am building on, then I created a 2nd layer for the castle, this way if I make a mistake, I don’t have to worry about losing the land, just the castle parts. As you can see they are separate. 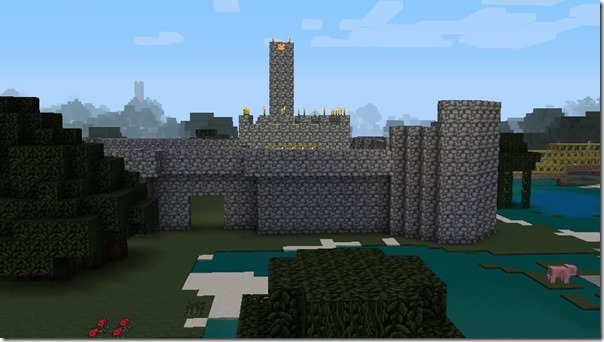 I have built the walls that I made in Gimp, but it is far from finished because guess what? I have to mine and mine and mine to get all that cobblestone to build the walls up. I’m actually building the walls around my existing home, which is like a tiny 2 story cobblestone castle like structure. There is my beacon behind the house. When the walls have been built up, then I can work on getting the inside of the castle built, which will take a lot of time and patience and creativity. I built the catwalk along the top of the wall. That is where I will finish that wall, but the 4 towers are going to go up twice as much to provide me with 4 beacons rather than 1. You can see a beacon way behind my house, and there are several beacons to let me know where to find home, but when I see 4 beacons, then I will know for sure that this is home.

Here are the icons that I found online that I turned into gimp brushes with the .gbr file extension. So far I’ve only had to use the sand, grass, water and cobblestone, and only because that’s really all I needed for this project. I have the rest just in case I might need to use them in the future. I may not, but never say never.

So I figured if anyone in the future was looking for a way to make a blueprint, this should give them an easy idea of how they can make it.