So I thought ok, this is actually fun, so I did it and I’ve already finished my 7th day, but I thought it would be fun to also come here and recommend each one of those books because why not?

I recommend this every time because these books are so easy to read, and they make you feel smart for reading books. I wasn’t a reader at all until I was in my early to mid 30’s, and I decided it was my New Years Resolution to start reading, and I did and this was the first major series I read from beginning to end without stopping. I literally sat on my bed reading these books for 8 hours at a time. Wild horses couldn’t tear me away from these books. Anyway, I guess you could say I like them, otherwise they wouldn’t be my #1 book. 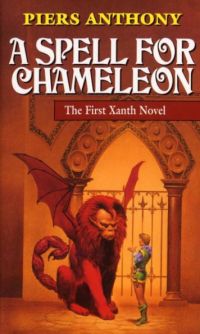 2. A Spell for Chameleon by Piers Anthony

My friend Alyce recommended this series to me in 2009. Everything in these books are a pun or a joke. Like if they mention rolling hills, the hills are literally rolling. If they mention a sandwich bush, the bush is literally growing sandwiches. Take everything literal in this series.

There are now 41 books in the series, yes, he is still publishing new books. The first book A Spell for Chameleon was published in 1977 and the 41st book Ghost Writer in the Sky was published in 2017.

Trust me when I say you will not be disappointed in this series.

3. My Heart is Within You by Marguerite Labbe

I discovered a website called Rainbow eBooks in 2010 and one of the first books I saw advertised on the front page was My Heart is Within You. It’s a vampire story, and I do love vampire stories, but it’s not just any vampire, it’s a gay vampire who falls in love with a college jock, because, why not? Anyway, it’s a good story. There are 3 books in what is referred to a Triquetra Trilogy. This is also the first series where I occasionally had to stop reading because the writing gave me a um… how do I put this politely… a reason to go to take a cold shower. The sex scenes are um… juicy. Marguerite Labbe is the first straight woman to ever give me a boner with her writing. Well, so much for being polite.

4. Dead Until Dark by Charlaine Harris

I watched and loved the True Blood series on HBO, and just like most everything, this show was based on a series of books called the Sookie Stackhouse series. I was very shocked to see that there were so many differences in the books from the series. I mean, obviously they cannot make a tv show verbatim to the book, but they were almost like they were two completely separate worlds altogether, like an alternate universe if you will where Lafayette is dead after the first book, but he’s still alive in the series, and where Elvis is alive in the books and he’s called Vampire Bubba, but there’s absolutely no mention of him in the series because he doesn’t seem to exist. Thing’s like that. Anyway, if you loved the series, read the books and you will see what I’m talking about.

5. The Belgariad by David Eddings

When I visited my Aunt Louise in Texas for Christmas in 2005, we spoke about how I loved to read now, and she recommended these books to me. To me, these books are very similar to the Lord of the Ring’s, but it seems to be more like a Dungeon’s & Dragon’s type of story, which is what I like.

I’m not gonna lie, the first book Pawn of Prophecy is really hard to read at first, but once you get started, you will be able to read it all the way through, and it might even be difficult to put it down. I bought the Belgariad Volume 1 and 2 and so far I’ve only read the first book, but I will be getting back to reading them because I did like the first book.

I saw the movie Cirque Du Freak The Vampire’s Assistant, and I thought it was a really good movie, I mean that’s on my top 10 movies too. But the books are 100% better. There are 12 books in the series and they take you on the complete journey of this character and his friends. You are there with Darren every step of the way, and in your mind, you are one of his companions on his journey.

The movie jumps from scene to scene really fast, blink and you might miss something, the books take things a bit slower and you get more details that you never got to see in the movie.

7. V: The Original Miniseries by Kenneth Johnson and A.C. Crispin

When V The Original Miniseries aired in the early 1980’s, I watched it with my family. Most of my family didn’t really care for it, but for some odd reason it really brought me and my mother closer together when it became a weekly series. We watched it every week, just her and I and the rest of the family watched whatever else was on TV in the other room, whatever that might have been. It was probably something sappy like Dallas or Dynasty lol.

Anyway, when I discovered there was a book, I asked my mother for it and she bought it for me and I think I only read half of the book. I had a lot of trouble reading because of my dyslexia, but I got as far as I could and I was very proud of myself. I bought that book again at a book store in 2005 and I still have it.

This is a new cover for the Nook ebook and the listing says that the V novel is finally back in print, with an all-new, never-before-seen revised ending. So that’s why I bought the Nook version. There is another Nook ebook called V: The Second Generation.

Those are my 7 days worth of books, or series of books, that should keep you busy for a long time lol. I have a few more honorary mentions, I’ll just post the picture. Anyway, thanks for reading my blog post, happy book reading. 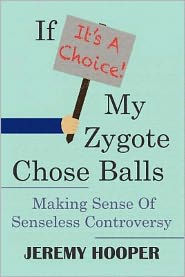 One thought on “Recommended Books”