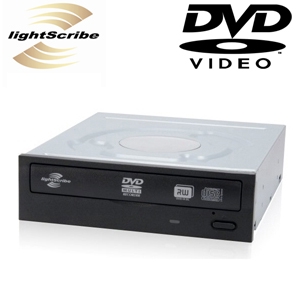 Well I finally did it. I finally bought a new DVD burner. I don’t know what happened to mine but it won’t even read discs let alone burn them anymore.

The DVD burner that I have is a Lite-on lightscribe DVD burner that I bought in January 2007. After only a couple of years it decided that it wasn’t going to open easily anymore. When you press the button it makes these clicking sounds but doesn’t open. You had to keep pressing the button until it would open.

Eventually it got so bad that you’d have to put a paperclip into the little hole that allows you to force the door to open. Now, that doesn’t even open it anymore.

I don’t care about burning music or whatever, I just want to back up my files so that I can reformat my hard drive. My computer is so slow because of all the crap that I download. I’ve deleted more than half of what I’ve downloaded only because I knew I wouldn’t be able to back it up but that doesn’t help me if I can’t burn the rest of the stuff onto discs.

So hopefully by the weekend my computer won’t be so slow. I can finally burn the crap I’ve been downloading as well as all of my documents and images and start fresh with a new Windows installation.