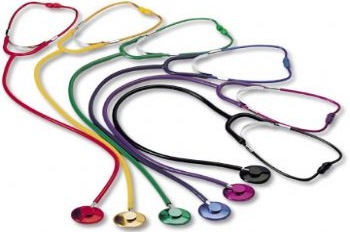 In my previous health update on my back I mentioned that my recent x-rays showed that my spine was curving like a parenthesis (.  Today I had my appointment with the physical therapist who told me that it was like that on the top, but the other way on the bottom, so basically it’s in an S shape.  ( on the top and ) on the bottom.  I like to think that I am such a huge Superman fan that my back is turning into the Superman S, which means hope on his planet, of course.

The physical therapist office wants me to come in 3 days a week for my therapy.  They gave me some homework exercises to do in the morning or at night, but at least do them daily.  She also suggested that if I could go swimming, I should.  I told her I didn’t have a pool and because I have a weak immune system already, that it’s probably not a good idea to use a public pool.  I get bronchitis if someone coughs 30 feet away, I can’t imagine how sick I will be if I’m in a pool with children lol.  She suggested that my bicycle is a better alternative since it doesn’t cause pain.

Today I also went to have a cat scan with contrast, which by the way… ick!  All I taste and smell is Iodine lol.  They will hopefully find out what the problem is with my swollen parotid gland so they can fix the problem.  My regular doctor suggested surgery, but the ear, nose and throat doctor doesn’t know my doctor’s diagnosis and isn’t exactly sure why he should care.  At least that’s how it seemed to me by the way he spoke to me.  He didn’t seem to have any of my doctor’s notes or even know why I was there.  I basically have to start from scratch with him as if I have never come to any doctor with my problem.  It would be nice if when a doctor refers you somewhere that they tell that doctor why they are being referred.

I will see my regular doctor this Friday and the ENT doctor on Monday.  The place I went to today for the cat scan said it would be released to both doctor’s offices in 2 business days.

I woke up in the middle of the night with THE worst headache and pain from my saliva gland.  I was also sick to my stomach so I had a PB&J.  Right now I have nausea and all I smell is Iodine still.  I hope that goes away soon lol.

More updates as they happen. 🙂