In my blog I talk about things that I find interesting or disturbing. My blog is more like a bad episode of Seinfeld. So… now I’m going to talk to you about the price of tea lol.

I went to the grocery store to buy some tea bags. I grew up on it and I like to make it as an alternative to soda. In my opinion it’s cheaper than anything else out there, all you need is a coffee maker, a tea jar and some sugar or sweetener. My mom used to brew it in the sun but I find it much faster to brew a pot of water in the coffee maker with the tea bags clamped on the coffee pot lid. I had an aunt who used to boil the water on the stove in a large saucepan then steep the teabags in the water then pour it into the jar. I like my way better.

Lipton, Lipton, Lipton, can we have a chat please? Is there something we can do to fix this? It just doesn’t make any sense what you are doing here. I just don’t see your logic in charging so much money for smaller packaging. It should be less but you charge more. Why? Is it because you are going broke? Is it because the packaging cost more than the tea itself? Maybe we can think of a cheaper way of packaging the tea bags then. I just can’t understand why you would charge so little for 100 bags but then jack up the price for the smaller boxes.

I’ve been a Lipton fan since I was a kid and I remember in my 20’s buying the smaller boxes of 25 bags and they were only $1.50 per box. I’m sure there was a mistake in pricing at the grocery store but it looked like it had the correct label so I don’t know. I just think that it’s a big waste of tea bags and packaging if nobody is going to buy the smaller boxes when they can get the bigger box so cheap. You know what I mean?

Ok, my tea bag rant is over lol. I’m stepping off my soap box now. Carry on.

I’ve posted in here several times that I am on Yardsellr now.  Well, I have been noticing some disturbing trends happening over there.  Apparently it’s not just happening to me but other people as well.

People troll the Yardsellr website then leave nasty comments in people ads.  The other day 3 people left negative comments in my Pedi Paws ad saying the product is not worth your money, don’t waste your time etc.  Uh excuse me but I’m trying to sell it.  I don’t care what you think it’s worth.  Don’t go on my ads telling potential customers of mine that it’s a piece of crap and make me lose a sale.

Another person posted a comment on a video game of mine saying the game was gay.  I didn’t delete the comment but then he came back and posted another comment accusing me of deleting his prior comment and saying “gaaaaaaaayyyyyyy”.  Where were these people raised?  In the forest by wolves?  Don’t people have manners anymore?  First off, I didn’t delete your first stupid comment and second of all, I should just delete both your comments on principle.  I don’t even know why I didn’t delete them, I guess I figured if I deleted them I would get more spam in my other ads which I don’t want.

I clicked the “feedback” button so I could make a suggestion that they add a link or button to “report abuse” so that perhaps if a person gets reported enough times, their account might get banned from either commenting or using the website.  That’s when I ran into another persons feedback saying they are having the same issue as me.

Look, I’m all for leaving comments saying a product isn’t worth a damn but do it on a website that actually makes money.  Don’t leave those comments on a website where people are trying to sell their useless crap so they can scrape enough money together to buy groceries or pay their bills.

Besides the report button, I think they should also add a way for me to approve a comment before allowing it to be posted, just like in my blog and/or YouSayToo.  After so many nasty comments I have decided to make it impossible for people who aren’t members of YST to leave a comment and even members comments have to be approved before they be allowed to be seen.  On my blog the comment is not seen period until I approve it and that’s how it should be everywhere.  If I think a comment at Yardsellr is going to help me make the sale then I should be able to approve it but if it’s negative then it’s my prerogative to delete it and I shouldn’t be hassled by people who have too much time and negativity on their hands.

I wish people would grow up and stop with the internet bullying.  It doesn’t serve any purpose to be jackasses online.  My mother used to tell me that if I don’t have anything nice to say then don’t say anything at all.  I know it sounds corny but it’s true and should be applied to the internet too.  And parents, please monitor your children’s activity a little better. 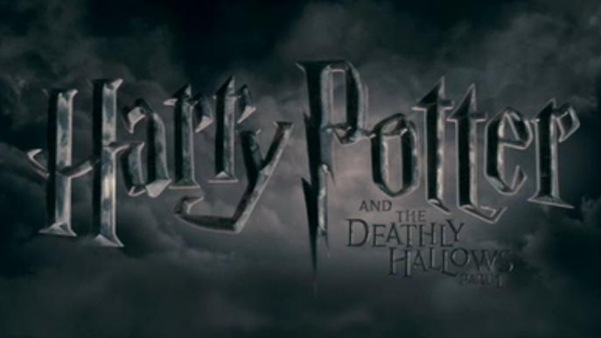 When Harry Potter and the Deathly Hallows came out in 2007, I read it for 8 hours a day for 4-5 days.  I was just so into it that I couldn’t tear myself away.  What I love about these books is that they are so easy for me to wrap my brain around it despite the disabilities that I have to reading.  The Harry Potter books are truly what gave me a passion for reading so when I see a Harry Potter movie after I’ve read the book I get very emotional about it.

I was watching the commercial for this in the living room and you would’ve thought that I just lost someone by the way I was crying lol.  If you haven’t read this book then I don’t want to spoil it for you but someone dies in this movie and someone else loses an ear.  Yes, I was crying over an ear too lol.

I’m afraid to go see this movie in the theater because I know I’m going to be making a scene.  When we went to see Lord of the Rings Return of the King, you could’ve heard 1) a pin drop and 2) me crying.  I am such a big baby, I don’t know why.  I get so wrapped up in the characters that it makes me emotional.

Part 1 of Harry Potter and the Deathly is in theaters on November 19th.  I might have to bring my sunglasses and a box of tissues when we go see this because I have a feeling I’m going to be crying so I’ll need the sunglasses to hide my red eyes as we’re leaving lol.